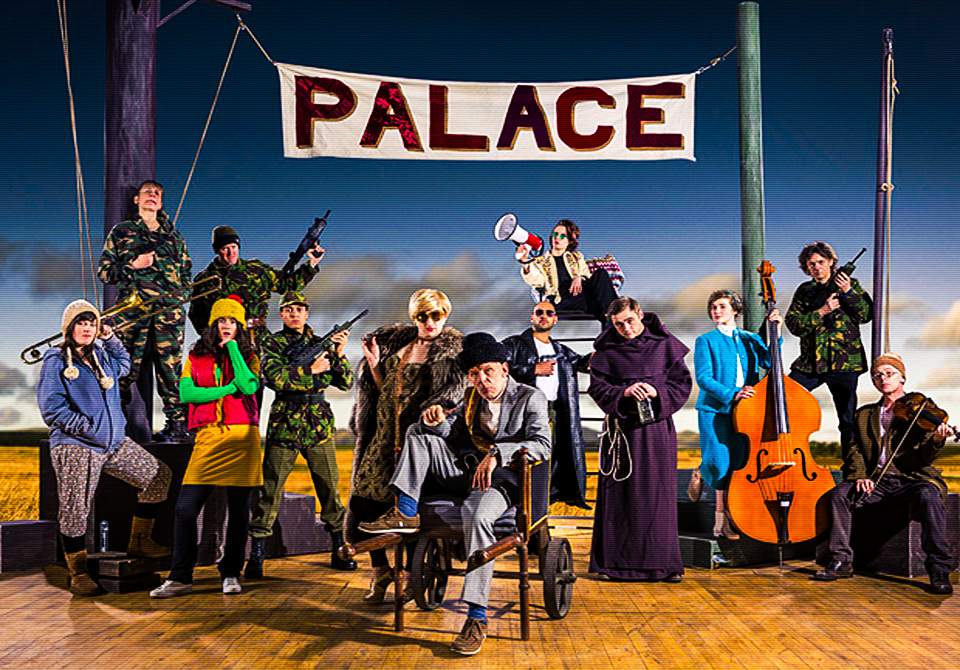 “Terrible is the seductive power of goodness”

Revolution – a city turned upside down. The mighty tumble, the weak break their fall and everyone must take care.  As she picks a path through the chaos, a young servant girl must make a choice: save her own skin or sacrifice everything to rescue an abandoned child with a price on his head.

The Caucasian Chalk Circle is one of the greatest plays of the last Century, crafted by a grand master of storytelling at the height of his powers and peopled with a wild array of vivid and amusing characters. Written in the wake of the Second World War. This timeless parable continues to ask urgent questions about justice, and how to do right when the world goes wrong.

The full epic sweep and scale of this powerful drama is brought to life by a large cast of actor musicians. Rich in music and song this production gives full voice to Brecht’s powerful tale of the terrible temptation to do good.

Alistair Beaton is a Scottish writer, whose plays include Feelgood, King of Hearts and Follow My Leader. For television, he wrote the award-winning A Very Social Secretary and the Channel 4 film The Trial of Tony Blair.

« Television / Film Playing in the Forest »